Top of the class: Whole Merrimac school for sale on the Gold Coast 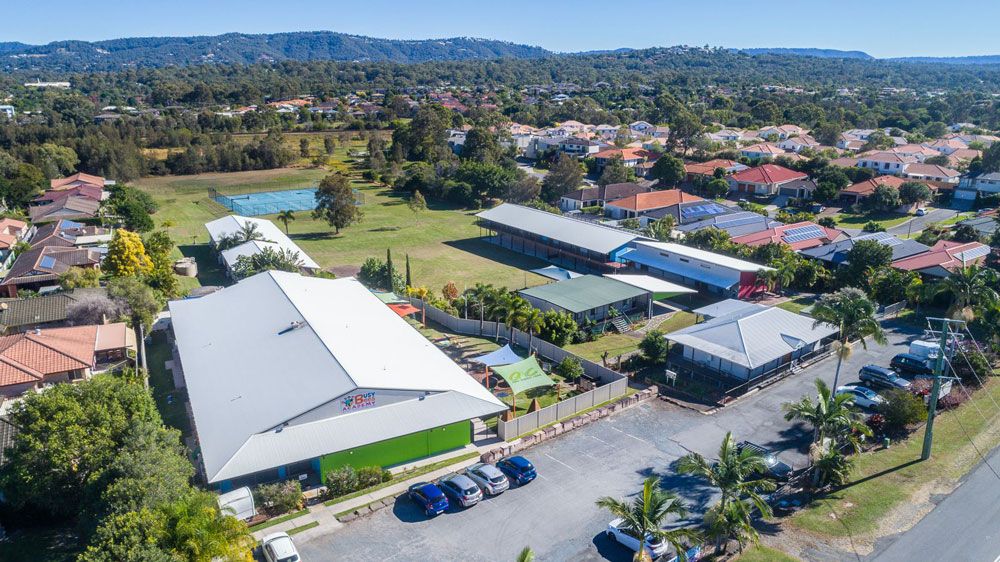 An entire vacant school is for sale on the Gold Coast in a unique offering that includes fully furnished classrooms and a library — complete with books.

Ray White Commercial Gold Coast is seeking expressions of interest to buy or lease the former premises of the Queensland Independent College at 16 Ghilgai Road, Merrimac.

Ray White Commercial Gold Coast’s Adam Young says the owners are open to offers to buy the whole site or to buy the independent school facility on its own, subject to local government approval and subdivision.

Proposals to to lease the school only or to lease the entire site — including the childcare operation — will also be considered.

“There is also a DA in place with the potential for up to 500 students,” Mr Young says.

“With everything included, right down to the desks and chairs, the property is ready to be sold or leased to another school.”

The purpose-built school, which has a total building area of 2586sqm, was originally constructed in 1996.

“It was progressively extended and modified every year between 2008 and 2014,” says Mr Young, who is managing the campaign with Brandon Johnson.

“As it currently stands, there are five detached buildings — including the childcare centre — a demountable amenities block and car parking.”

Each of the 12 classrooms is big enough to accommodate at least 20 students. The library has a collection of books and DVDs, a reception area and a separate lockable office.

There is also an arts studio, a music room, an administration building and two basketball courts.

The Gold Coast suburb of Merrimac is about 13km south-west of Surfers Paradise and within 3km of the Robina Town Centre.

Expressions of interest for the property close at 4pm on July 4, 2018.